If you’ve seen the James Bond movie “Die Another Day”, you may remember the Ice Palace. MGM filmed the fictional ice palace in Jökulsárlón in southeast Iceland. It was made to look like a real hotel made of ice that wound up getting melted. But the question is, was that ice hotel a real thing?

Ok. Some of that was Hollywood magic like the giant loops on the outside of the structure. But surprisingly enough, everywhere the actors were inside the structure was real. The chandeliers, the guest rooms – everything on the inside was real.

And the best thing? You don’t have to wait for Hollywood to build you ice hotel for a movie set. You can actually book a vacation in a real ice hotel right now!

Can You Sleep In an Ice Hotel?

Considering how unique an ice hotel is, you might be thinking, “Can I sleep in an ice hotel like a regular hotel? Or is it like an amusement park? Something that you visit for a day and return to your real hotel?”

The answer is, yes, you can sleep in an ice hotel. What might surprise you is that you won’t find the furniture you’d expect in a brick-and-mortar hotel. One of those pieces of furniture is your bed.

Everything about your bed is made of ice: the bed and the headboard. That should make you ask the question….

How Do You Sleep In an Ice Hotel?

The interesting thing about ice hotels is that everything is made of ice. That includes the bed.

With that in mind, here’s how you sleep in an ice hotel: First, you’re given a pair of thick socks to wear to bed. You’re also given a head covering that wraps around the entire head and comes down to the shoulders. The only thing exposed is your face. Finally, you slide into what amounts to an insulated sleeping bag and you begin counting sheep.

You’re probably thinking that sleeping on a block of solid ice would be cold. And it probably would be. Fortunately, you won’t be sleeping directly on the ice in an ice hotel. There is a covering separating you from the ice.

Then there is a fur or other material that is on top of that. Next, your insulated sleeping bag swaddles you while you sleep. So not only do you not sleep directly on the ice, but you’re also given some cushioning too.

People who have visited ice hotels say that they’ve had better sleep than in a regular hotel room. That’s because it’s extremely quiet and surprisingly comfortable.

How Ice Hotels Are Heated

If you live anywhere where the temperature drops below 35 degrees, you know having heat is essential to stay warm. But ice hotels are different.

Ice hotels stay warm because snow contains tiny pockets of trapped air. It stabilizes the temperature and muffles sound. That means ice hotels stay warm exactly the same way igloos stay warm. When we say “warm”, that’s relative. You’re not going to be running through the halls in shorts. You’ll still need your boots, jacket, and gloves. But the temperature inside will be consistently warmer than the outside air.

Fun fact. The way snow muffles sound in ice hotels is why so many who stay in one feel they have the best sleep ever.

Do Ice Hotels Have Bathrooms?

Building a structure out of ice means that there is no place for plumbing. So how does a person relieve nature staying in an ice hotel? 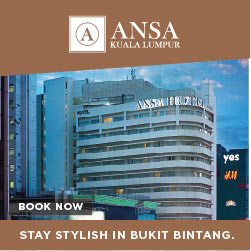 Ice hotels do have bathrooms. Just not inside the hotel. There are permanent structures where guest can go to use the bathroom. Those are heated traditionally. So you’ll be able to use the bathroom to take showers and handle other necessary business.

How Long Do Ice Hotels Last?

Imagine you owned a hotel that you had to build every spring. That would cost a whole lot of money. The thing is, that is exactly what owners of ice hotels have to do every year. The good news is that it’s cheaper to build an ice hotel than a traditional hotel. The downside is that you have to do it every year.

You might think that would be a bad thing. Sure, it’s a lot of work to build an entire structure made of ice. And yes, the spring arrives to destroy your hotel when the winter season is over. That means an ice hotel only lasts for the duration of the winter season.

But that’s what makes ice hotels so cool (no pun intended). It allows them to do something new every year. Some ice hotels bring in artists and create unique guest rooms, each with a different theme.

Since most ice hotels only last from December to April, it gives the hotel the opportunity to create a new theme with each new hotel season. What does that mean for you? If you decided to book an ice hotel because of a specific theme that you fell in love with, the chances it will be there when you visit are virtually zero.

How Are Ice Hotels Made?

Normally, this subject would come first. But we figured you’d probably be more interested in getting answers to the questions posed above before wanting to know how ice hotels are constructed. It’s actually pretty fascinating.

Ice is cut in large blocks from frozen rivers or other water sources. These blocks are huge and as heavy as concrete. The ice blocks are lifted out using a forklift. The ice is so pure, you can see through it.

What’s more, it’s so clean you can drink it too. In fact, that block of ice will be used to make everything from the structure of the hotel to ice sculptures, beds, even drinking glasses!
Yes, the glasses you will use when you eat your meals will be made of ice.

When the block of ice comes out of the water, there will be a snowy/slushy coating on the top. It’s actually snow and ice that was sitting on top of the block when it was in the water.

For that reason, it’s nicknamed “snice” (combination of “snow” and “ice”). And it doesn’t go to waste. It’s used to insulate ice hotels. Some really cool structures can be made from snice.

For example, snice is blown around giant balloons that give shape to the structure. Think of it as a modern way to make an igloo. After the balloon has been covered sufficiently, the balloon is removed, and a perfectly shaped ice structure is formed.

Do the Lights Melt the Ice?

It would be petty depressing if there wasn’t any light when you entered an ice hotel. It would be like staying in a cave. Fortunately, ice hotels have a solution.

LED lights provide a way to light areas of the hotel that would normally be dark. They also are used to create or enhance features of the hotel.

Because LEDs emit very little heat, they won’t melt the ice. LEDs are used to bring light into what would otherwise be a dark cave. And because LEDs can have different colors, it can make a wall of ice into a work of art.

Where Are Ice Hotels Located?

If we’ve convinced you that ice hotels are something you need to put on your bucket list of vacation destinations, you’ll want to know where you can find one. And we’ve got you covered.

Only a few years ago, there were only 11 ice hotels in the world. As of this writing, we’ve identified 14 ice hotels. Unfortunately, there are no ice hotels in the United States. But that can always change. Alaska seems like a great place to put an ice hotel.

Imagine leaving your hotel and taking a trip to the glaciers. We can only hope. While we wait and wish, the ice hotels that do exist are waiting for you to book your room.

Here’s where you can find ice hotels along with the names of each ice hotel:

Not all ice hotels are the same. Some are a combination of permanent structure and ice. And because ice hotels exist in so many places around the world, there are unique features of each. Stay tuned for reviews of these hotels so we can tell you the differences. Who knows, maybe you’ll stay at all of them eventually.

For example, the Kakslauttanen Artic Resort in Kakslauttanen, Finland has 65 heated, glass igloos. No wearing socks to bed here.

You’re surrounded by 180 degrees of glass that opens up to the forest and the sky. Inside these igloos are beds that you’d expect to find in a regular hotel.

Except these beds are power adjustable. That’s so you can get a good, comfortable position lying in bed allowing you to watch the Northern Lights from the warmth and comfort of your room.

The SnowHotel in Kirkenes, Norway features nearby activities right in line with what you’d expect staying in a hotel made from ice. There are dogsled rides, snowmobile rides, and king crab fishing.

When was the last time you caught your own king crabs, cooked them, and ate them on the spot? If you’ve never considered an ice hotel as a vacation destination, you’ve got to put one on your list.

Why Do Resorts Charge Resort Fees?

Is It Worth Going All Inclusive in Bali? 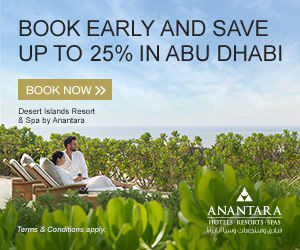 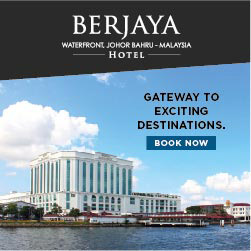 This site is owned and operated by Anthony Alexander Jr. LuxuryDreamResorts.com is a participant in the CJ Affiliate Network and Share-A-Sale, affiliate advertising programs designed to provide a means for sites to earn advertising fees by advertising and linking affiliated products including Sandals & Beaches Resorts, Palace Resorts, Travelex Insurance, and Kiwi.com. This site also participates in other affiliate programs and is compensated for referring traffic and business to these companies.